20 places to visit in the Marais

The Marais is a historic district of Paris and is therefore one of its cultural hearts. The diversity of its population and its architecture, blending together the medieval, the Haussmannian and the modern styles, make it a crossroads that is not to be missed. From history to photography, from painting to fashion to engineering, every interest is represented and we are sure you will find something to feed your mind.

Wanted by President Georges Pompidou who was particularly fond of the subject, the Centre Pompidou houses one of the three largest collections of modern and contemporary art in the world. Kandinsky, Magritte, Duchamp, Van Gogh, Niki de Saint Phalle and Mondrian are all present in this striking industrial-style building.

A must-see for cubism enthusiasts… but not only! Indeed, the Picasso museum, located in the magnificent Hôtel Salé, contains not only works of the famous Spanish painter but also paintings and sculptures coming from his personal collection, among which works of Braque, Miro, Cézanne or Douanier Rousseau.

Located in the Hôtel de Donon, the Cognacq-Jay Museum (named after its legatees, Ernest Cognacq and Marie-Louise Jaÿ, founders of the Samaritaine) offers a collection of Renaissance paintings. Among the artists represented are Rembrandt, Fragonard and Canaletto, famous for his representations of Venice.

Adults: Free for the permanent collection, 8€ for the temporary exhibitions

Located in the west of the 3rd arrondissement, the Gaîté-Lyrique is a place dedicated to digital arts. It hosts conferences such as the Paris Podcast Festival, as well as many temporary exhibitions based on visual or auditory experiences. In the past, the Gaîté-Lyrique was a theater and used to present ballets.

Located on the Place des Vosges, the former home of Victor Hugo, which he occupied for sixteen years, is open to visitors and recounts the life of the novelist. You can see the furniture used during his writing sessions as well as some of the art works he owned.

The MEP, created in 1996, is an exhibition place dedicated, as you can imagine, to photography. Throughout the year, several exhibitions are presented, in addition to the permanent collection and the various events organized by the association that runs the museum.

French-Tunisian fashion designer Azzedine Alaïa, who died in 2017, collected numerous pieces (more than 32,000!) related to the world of fashion throughout his life, including some from Chanel, Balenciaga, Cardin and Gaultier. These can be seen in this museum which also presents the life and work of Alaïa.

Admittedly, it’s a bit of trickery to add the Atelier des Lumières to this list, as it’s not actually in the Marais. That said, it is close enough to take the time to go and see what has become in the last few years a must-see place for visual, sound and especially immersive experiences.

If you are interested in the history of Paris, then the Carnavalet Museum is for you. It covers the 2,000 years of existence of the capital, since the time when it was still called Lutetia. Architecture, art, trade… all fields are represented to offer you a complete vision of the evolution of Paris through the ages.

Adults : Variable according to the exhibitions, free for the permanent collection

Located in the Hôtel de Soubise, the Musée des Archives Nationales houses a number of historical documents from France and elsewhere. Official documents, legal texts, exhibits from famous trials, art objects, the museum’s collection is of a rare richness and diversity. Also take the opportunity to visit its magnificent garden

Located near the Île Saint-Louis, the Pavillon de l’Arsenal is dedicated to the urbanism and architecture of Paris. Besides being an exciting museum, it is also a conference center welcoming prestigious architects throughout the year.

The Museum of Jewish Art and History

The Jewish quarter of the Marais houses the Museum of Jewish Art and History. It contains a large number of works of art, religious objects and elements that trace the influence of the Jews in Europe throughout history.

In the south of the Marais is the Shoah Memorial, dedicated to the victims of the Holocaust. Opened in 2005, it contains places of remembrance and houses the Center for Contemporary Jewish Documentation, which collects evidence of the extermination of Jews during the Second World War.

The main square of the Marais is undoubtedly the most beautiful of all Paris. Perfectly square, it is completely surrounded by red brick townhouses. It was built in the 17th century and was called Place Royale at that time.

Separating the Seine from the Saint-Martin canal, the Port de l’Arsenal is a large basin that welcomes many boats and barges throughout the year, a living place for some of Paris’ inhabitants. Its garden allows you to relax in a quiet place, right below the Place de la Bastille.

With the Jardin des Archives, the Square du Temple – Elie Wiesel (named after an American writer and philosopher) is the main green space of the 3rd arrondissement, of which the city hall occupies the eastern side. A botanical garden can be found there.

Hidden in a corner of the rue des Rosiers, this small garden is perfect to rest after a visit. The silence that characterizes it makes it a very pleasant place.

To finish this tour in the Marais, let’s allow ourselves a little detour by crossing an arm of the Seine to reach the charming Île Saint-Louis. The many ice cream parlors and cafés that make up this island, which is in fact the meeting of two islands (Île Notre-Dame and Île aux Vaches) since the 17th century, provide a well-deserved break in the middle of a day’s visit.

You have questions?
You did not find the desired answer, we can answer you
Contact us
Go to the list of furnished apartments that we manage 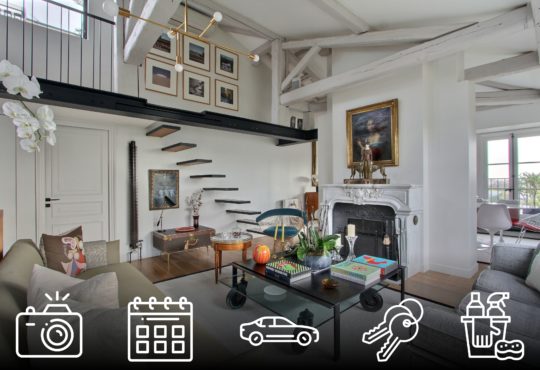 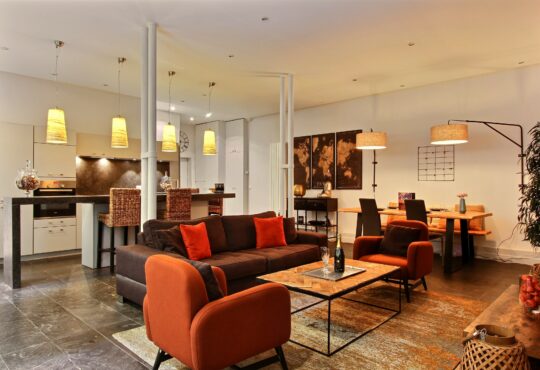 Short term rental: how to renovate your apartment in 5 steps?

What is the “Meublé de tourisme” certification and how to obtain it?

Eco-friendly cleaning, our gesture towards the planet

Read more
My selection of apartments